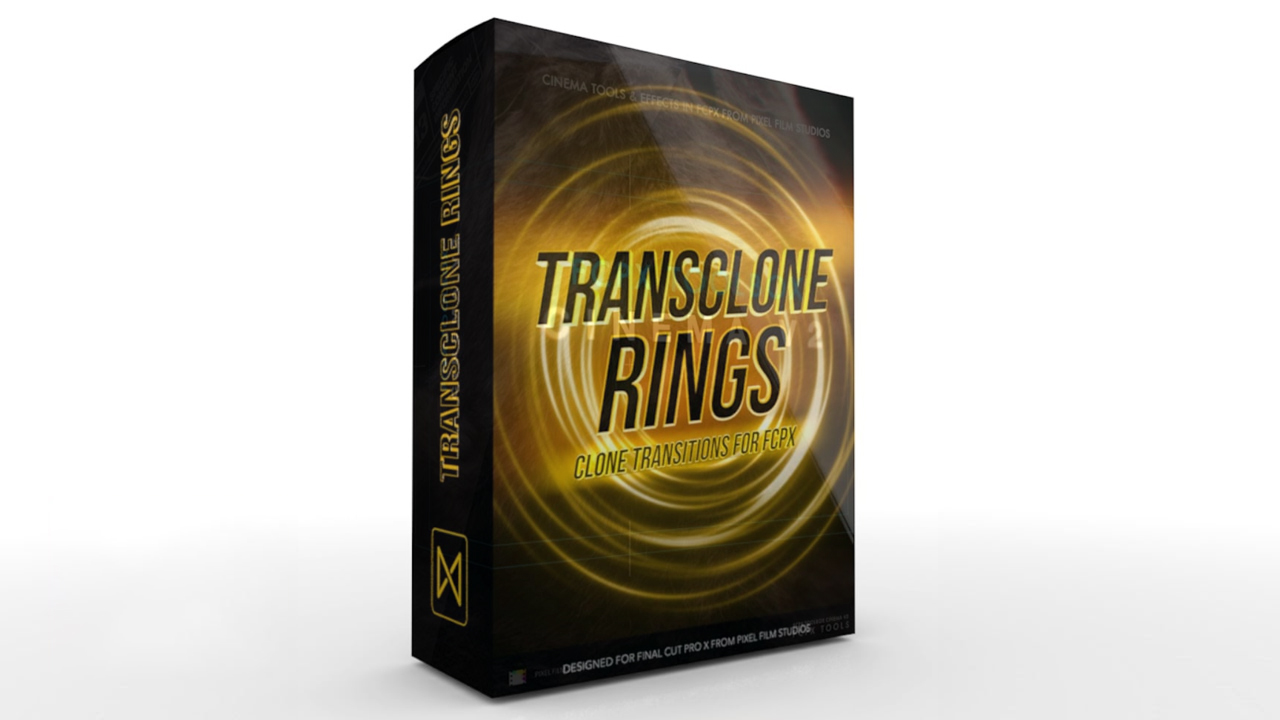 TransClone Rings is a set of customizable media clone animations designed exclusively for Final Cut Pro. Seamlessly move from one scene to the next with drag and drop ease.

TransClone Rings offers hundreds of animations with animation categories such as elastic, ease, and bounce. With TransClone Rings users have complete customization over each transition giving each user infinite possibilities.

Any Resolution & with or without Motion Blur

Users can apply TransClone Rings within any project. With auto adaptation, TransClone Rings works with absolutely any resolution, aspect ratio, or frame rate. Each transition gives users the option from selecting from presets with or without motion blur with ultra-fast render speeds.

TransClone Rings offers control over the shape mask overall scale and position with a few clicks of a mouse. Users simply click and drag the center point to relocate or the outer ring to scale. Create a custom look in a matter of seconds all within Final Cut Pro.

TransClone Rings was professionally designed to work seamlessly inside of Final Cut Pro X. As transitions, each preset can be dragged and dropped directly onto media and previewed in real-time. With the published parameters found in the FCPX inspector, users have the ability to make further adjustments with just a few clicks of a mouse.