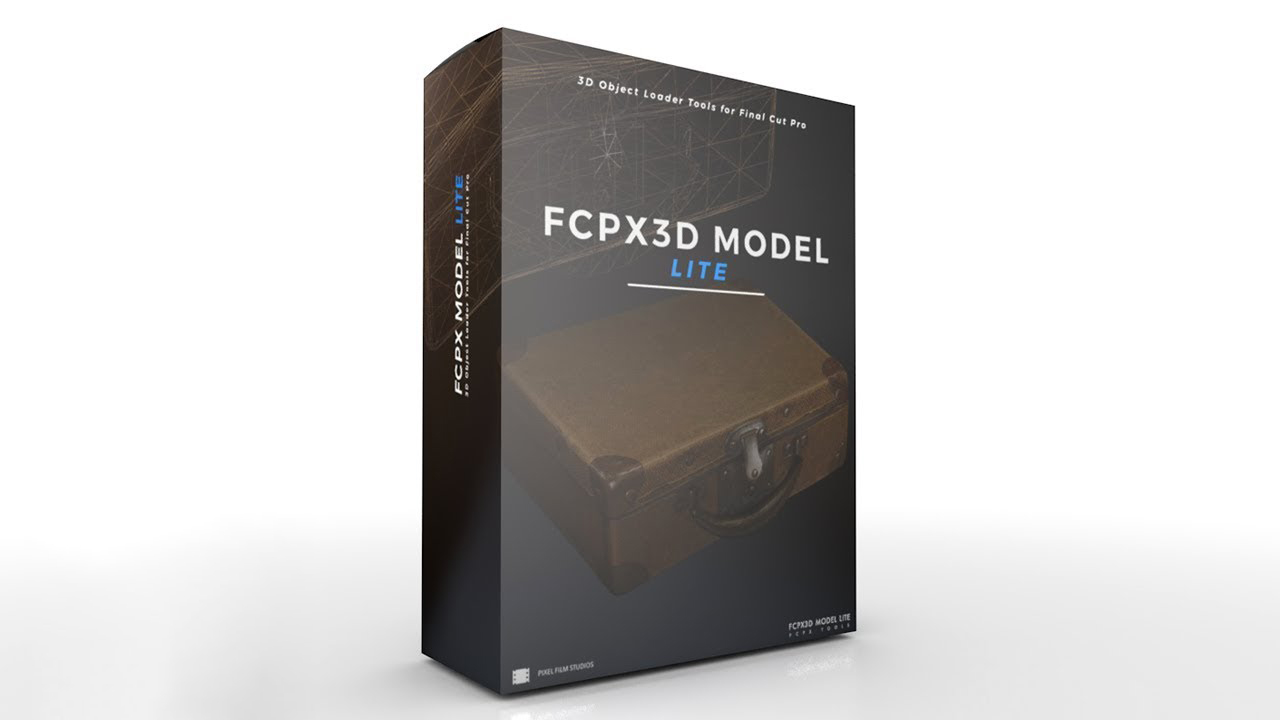 FCPX3D Model 1.0 Lite from Pixel Film Studios allows Final Cut Pro X users to upload and control 3D objects in FCPX. With Object and Environment controls, users can customize the texture, lighting, background and reflection of their 3D model without ever having to open another software.

FCPX3D Model 1.0 Lite was professionally designed by the team at Pixel Film Studios for FCPX! Users can simply drag-and-drop a Model layer into the timeline and fill it with an OBJ file. FCPX3D Model 1.0 Lite contains easy-to-use controls in the Final Cut Pro X Inspector that allow editors to customize their object, environment, and lighting without ever having to open another 3D software!

With FCPX3D Model 1.0 Lite, users can import their 3D model within Final Cut Pro with the ability to adapt to any HDRI Map environment. Once uploaded, these objects will be able to reflect or even cast shadows on one another in real time.

Create a 360Â° viewing experience by adding an HDRI photosphere environment. With an HDRI background, users can move and pivot in any direction without running into any edges or seams. Also, if the Object is reflective, it will interact with the environment.

Users can move up to 8 light sources around in 3D space and watch as their 3D object reacts in real-time.Â Once the lights and environment are in place, editors can adjust the reflection and shadow parameters to help blend their model into the scene, seamlessly.