Remember when you had to play around with the rabbit ear antennas or hit the side of the television set to get a clear picture? Now with ProStatic from Pixel Film Studios you can recreate the static effects of an old television or VCR in Final Cut Pro X. This collection of over 50 static effects can simulate everything from VCR tracking to a night time surveillance camera.

Over 50 Static Effects for FCPX

With over 50 static effects to choose from, you can quickly and easily make your footage look like its being tracked by an old VCR or transmitted through rabbit ear antennas.  You can even create the look of a night time surveillance camera or damaged robot.

Give your video the bleeps, sweeps, and creeps with ProStatic: Volume 1. Adding static to your film is great for creating cool, creepy or retro vibes. It can also help deliver the tone or underlying theme of the film like many contemporary espionage thrillers or horror movies do.

Create awesome static, interference and noise effects without having to damage your equipment. ProStatic: Volume 1 doesn’t just overlay the effect on your image; it works with it, causing your video to roll, wriggle and warp with the interference for the most realistic experience.

Pixel Film Studios designed these static effects to integrate perfectly with FCPX. ProStatic: Volume 1 can help you create retro television looks in your next Final Cut Pro X project. Simply drag and drop one of the effects on top of your clip and adjust the length of it to fit. 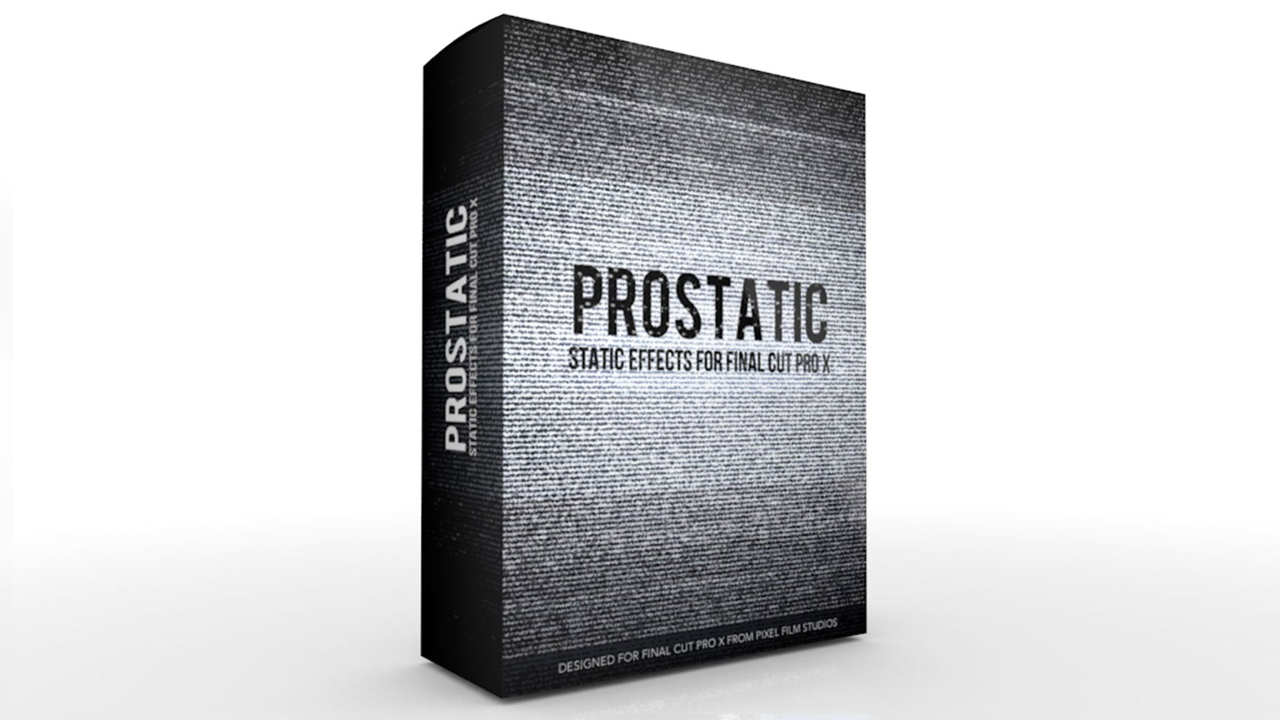