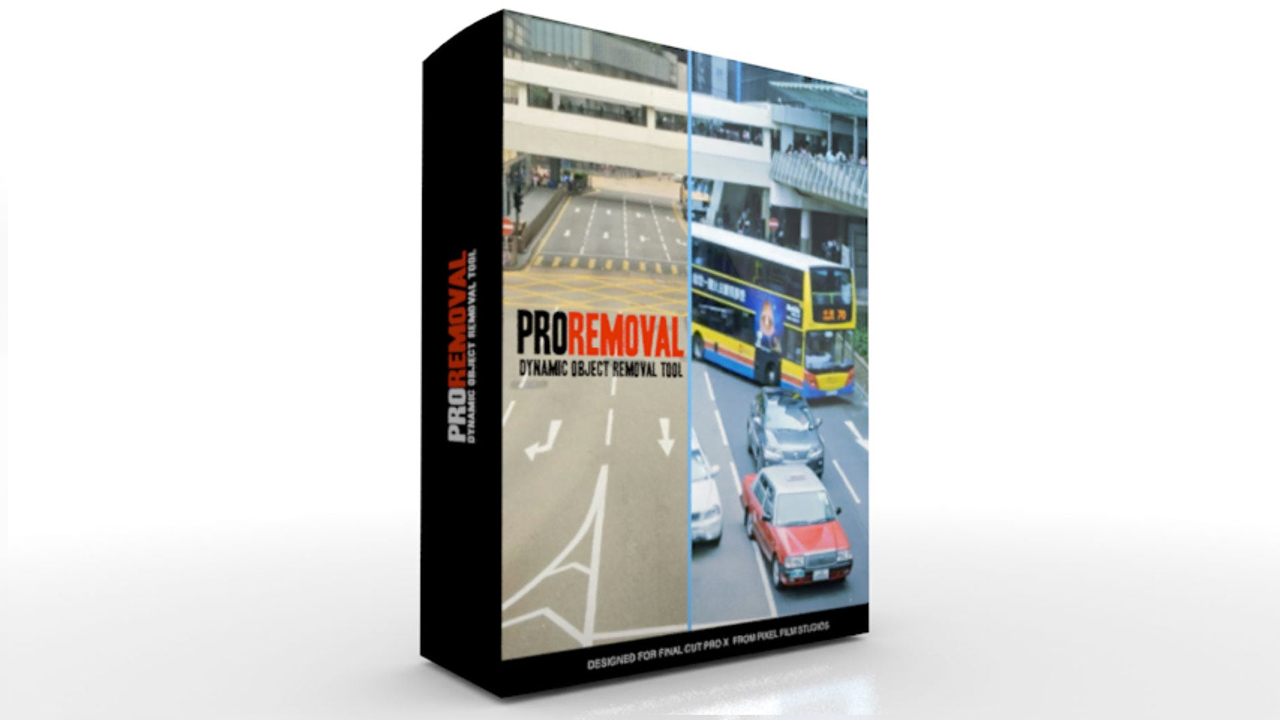 Dynamic Object Removal
With ProRemoval from Pixel Film Studios users can convert a busy scene to an empty one with just a click of a mouse. Users then have the option of applying a mask to the original footage to bring back an object of their selection. With ProRemoval removing objects from footage is now possible all within Final Cut Pro X.

Infinite Possibilities
With ProRemoval the possibilities are truly endless all within Final Cut Pro X. Users now have the ability to remove unwanted objects or distractions on their media with just a click of a mouse. With ProRemoval once all objects are removed users then have the option of making their desired objects reaper by applying a mask of their original footage. Never reshoot a scene again with ProRemoval by Pixel Film Studios.

Designed for Final Cut Pro X
ProRemoval was professionally designed to work seamlessly inside of Final Cut Pro X. As a effect overlay, ProRemoval can be dragged and dropped onto media and previewed in real time. With the published parameters found in the FCPX inspector, users have the ability to make further adjustments with just a few clicks of a mouse.