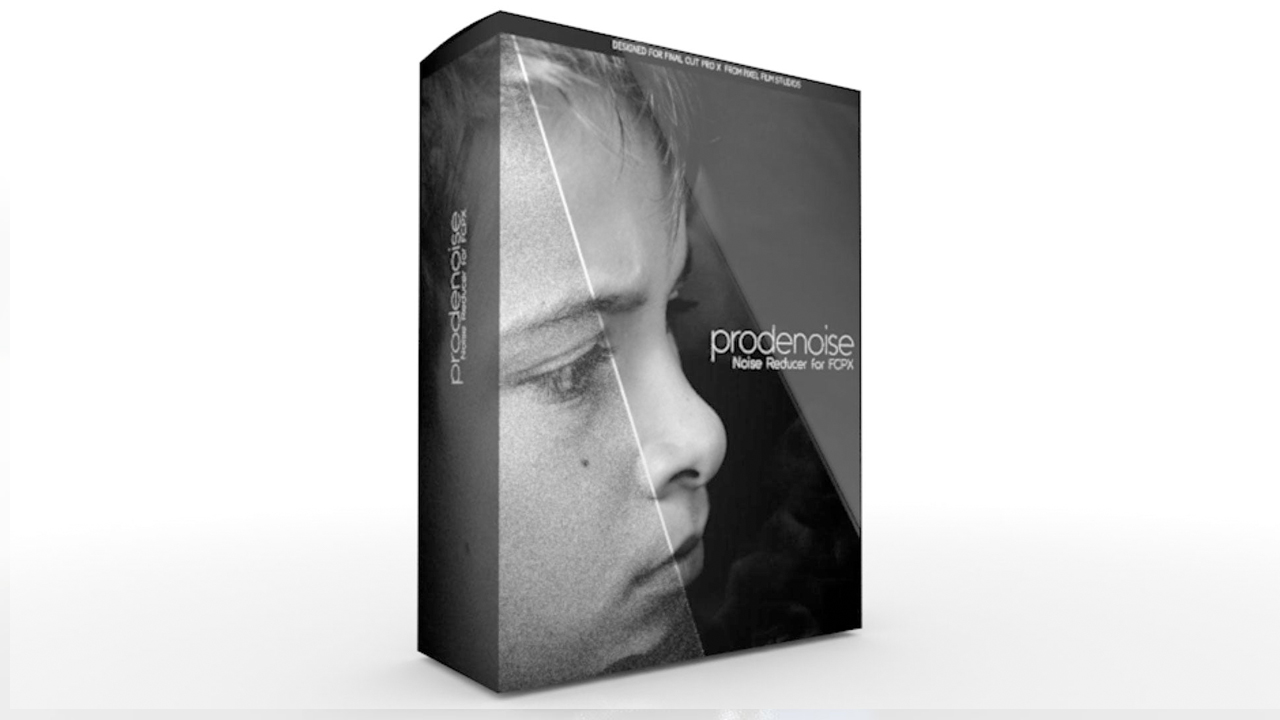 Final Cut Pro X users can now soften and subdue film noise or grain in their footage with ProDenoise from Pixel Film Studios. ProDenoise can quickly and easily make your video look sharper and cleaner in a few clicks of a mouse. With edge protection and detail recovery, this denoiser plugin can remove noise and grain while leaving the important details intact for a great-looking video in FCPX.

NOTE: We recommend using this plugin on a 2014 of newer Macbook.

Using a neighboring pixel algorithm, ProDenoise was designed to detect and soften subtle film grain and noise in your Final Cut Pro X footage without blurring out important details.

Users can calibrate the built-in Final Cut Pro X controls to adjust the strength and area of the ProDenoise effect. With edge protection and detail recovery, this denoiser plugin can remove noise and grain while leaving the details intact for a great-looking video in FCPX.

After denoising the plugin, users can adjust the Image quality sliders to further enhance the look of the footage. With contrast, gamma and brightness controls, users can further hide the noise by correcting the exposure.

Designed for Final Cut Pro X, users can simply drag and drop the ProDenoise plugin onto their film’s clips, and then adjust the look. Editors can instantly give their film a cleaner, sharper look with just a few clicks of a mouse!