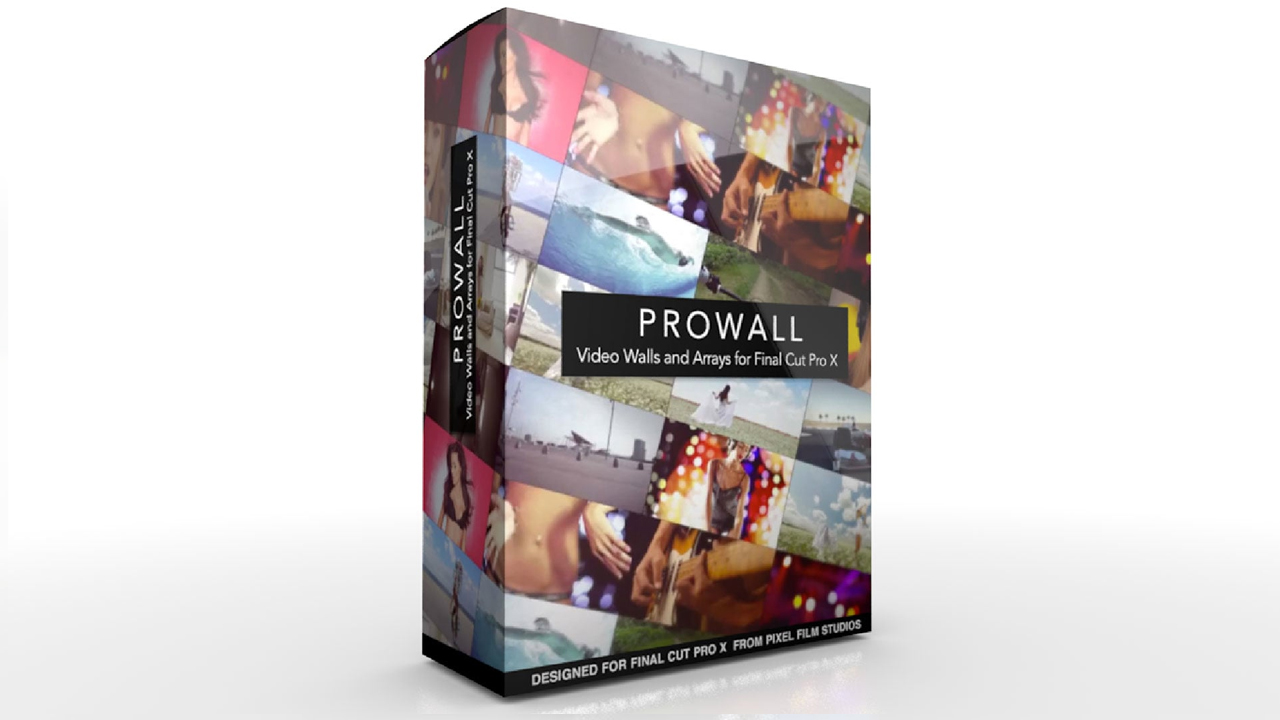 Want to create a wall of monitors that are each showing a different clip or image? With PROWALL from Pixel Film Studios users can create video walls, rooms and tunnels directly inside of Final Cut Pro X, and then navigate the viewer through them with a 3D camera. With 60 different layouts and customization options, the possibilities are endless.

Today is going to be the day we are going to bring PROWALL to you. Fill drop zones and move the camera is all you have to do. Whether you are telling a story through images or creating a backdrop for your scene, PROWALL can be the one that saves you.

With 60 unique layouts, PROWALL can create a video wall for any situation. Quickly and easily make title sequences, slide shows, backdrops, or corporate videos directly inside Final Cut Pro X using your own footage or images.

Move in a 3D Environment

Want to pan or glide around to reveal new videos and images in your video wall? With PROWALL, you can control a 3D camera in the FCPX Inspector to view your wall from all angles. This ability allows you to tell a story through your images as you progress through the wall, room or tunnel you have created.

The team at Pixel Film Studios meticulously created PROWALL so that users could create and manipulate awesome 3D video walls, room, tunnels, and environments directly inside of the Final Cut Pro X viewer without having to import them from another software.