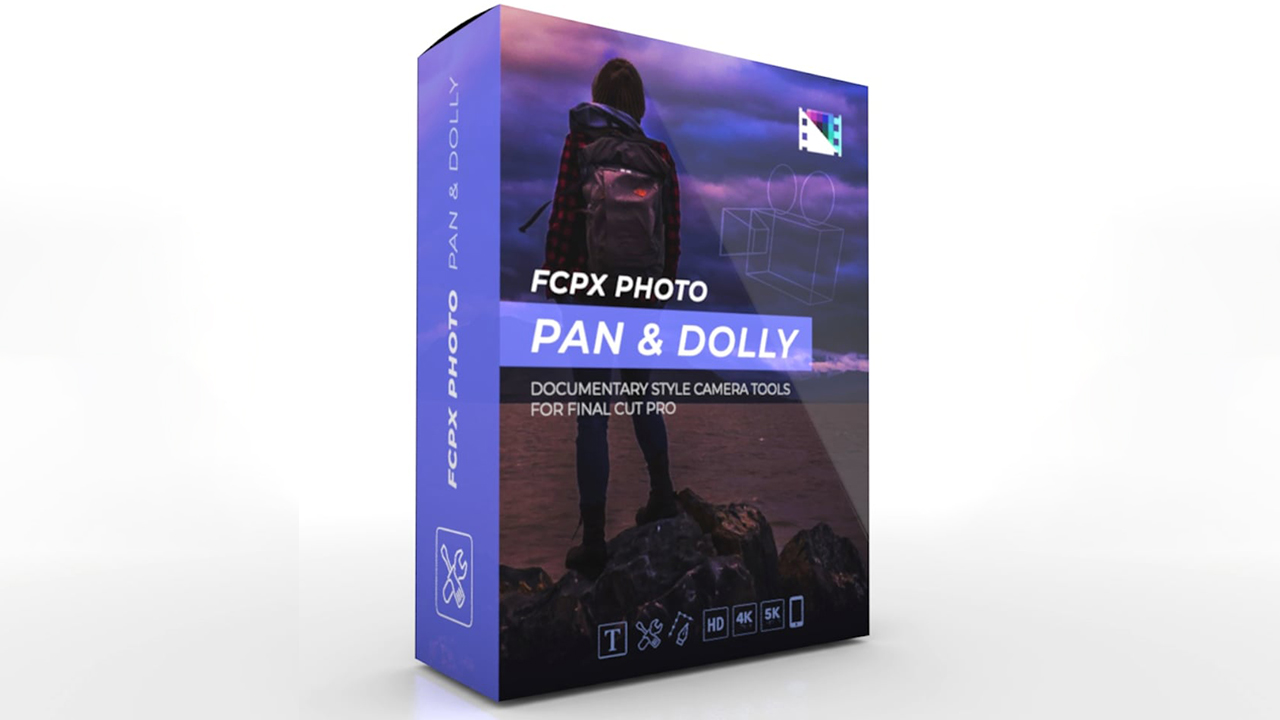 FCPX Photo Pan & Dolly is a collection of tools made for turning photos into 3D environments with parallax layers. Isolate any subject from the rest of the photo using the built-in masking tool and create depth between the layers. FCPX Photo Pan & Dolly comes with a variety of tool types. Choose from tools that pan media, frame from point to point, display photos on a surface top, and more. Creating awesome photo effects in Final Cut Pro is easier than ever with the help of FCPX Photo Pan & Dolly from Pixel Film Studios.

Take your audience on a journey with FCPX Photo Pan and Dolly’s camera path tools. Create camera paths with up to 4 movements in a single shot without ever having to set a single keyframe. Design smooth and complex paths by simple moving on-screen controls. The basic Camera Path Tools are compatible with videos in addition to photos while the Camera Path Tools with Cut-Outs allow you to add parallax layers in the scene.

Create amazing photo displays using FCPX Photo Pan and Dolly’s photo surface tools. Start by applying an image to use as the surface texture and then stylize the scene by adding photos and text throughout the environment. Adjust the locations of each asset within the environment and the camera will create a path with up to 4 movements.

FCPX Photo Pan and Dolly’s 3D Camera with Drop Zones and Text tool gives users complete control over a 3D environment with up to 6 layers of text and up to 6 drop zones for applying your images to. Create amazing photo parallax scenes in no time at all using this intuitive tool from Pixel Film Studios